During pregnancy, women are at risk for mental health problems: up to 20% present with distress symptoms (depression and/or anxiety). Apart from the adverse effects on the woman herself, pregnancy distress negatively affects pregnancy outcome, poor fetal health, as well as impaired postpartum mother-child interaction and child neuro- and social-emotional development.

Mindfulness-based interventions (MBIs) are a type of intervention that is increasingly being used to treat symptoms of stress, anxiety and depression. Research demonstrates positive effects of MBIs, such as reduced levels of stress, anxiety, depression and negative affect. MBIs during pregnancy show promising positive effects on maternal distress; however, there is a clear need for high-quality RCTs with sufficient power.  Moreover, e-health interventions for mental health problems in general have become increasingly popular during the last decades. They are cheap and accessible to the whole population.

The current study aims to examine the effectiveness of a recently developed e-health mindfulness intervention program to reduce distress during pregnancy. The current study is part of a large observational study (the Brabant Study, BS), in which pregnant women will be followed prospectively with special focus on the impact of pregnancy distress on the woman’s (future) health and on physical, behavioral and cognitive neonatal/infant health.
For the BS, women will be recruited at their first antenatal visit with the community midwife (around 8 weeks gestation). After inclusion, they will complete the Edinburgh Depression Scale (EDS) and the Tilburg Pregnancy Distress Scale (TPDS) at 12 weeks gestation. Women with a high score on the EDS and/or TPDS will be randomly allocated into two groups: intervention or control (care as usual). The intervention group will receive eight online mindfulness training sessions of one hour/week, starting at 16 weeks pregnancy.
Pregnancy distress will be assessed again using the EDS and TPDS at 28 weeks gestation. The intervention group will receive two additional measurements: immediately post-intervention (24 weeks gestation) and 8 weeks post-intervention (32 weeks gestation).
An important aspect of the current project is implementation. Therefore, within the current project several steps will be made to facilitate implementation of the course within integrative birth care in the country.

The aim of the study is to reduce the levels of distress during pregnancy. For this purpose, the current project investigates the effectiveness of a simple, cheap and readily accessible internet mindfulness-based distress reduction intervention course in women with pregnancy distress. The intervention aims to offer these vulnerable women a pregnancy distress-reducing mindfulness training via internet, which has been developed (but not evaluated yet) in the HAPPY study (Holistic Approach to Pregnancy and the first Postpartum Year, a study of 2200 pregnant women who were followed from 12 weeks gestation until 12 months postpartum).

The main research question of the study therefore is:

The secondary question will be:
Does the mindfulness internet training result in better mindfulness skills?

These questions will be answered using a RCT design in which women at risk will be randomly allocated to an intervention or a care as usual (CAU) arm.
Because pregnancy distress has been related to poor obstetric outcome, it is reasonable to hypothesize e that the mindfulness internet training “Ontspannen zwanger” might also benefit pregnancy complications itself and delivery outcome. However, the power to investigate this hypothesis adequately is too low within the current study because of the relatively rare prevalence of obstetric complications such as pre-term birth, and pregnancy induced hypertension. After the internet intervention has been proven effective, it will be used in the BS (with a final previewed number of 10.000 women to include) to evaluate its possible beneficial effect on pregnancy and obstetric outcome.

Recent CBS data show that absenteeism from work is twice as high in women between 25 and 35 years compared to men, due to pregnancy-related problems, and not including regular pregnancy leave. The reason for absenteeism is largely of psychological origin, in which distress is by far the most prominent cause. Nowadays, up to 90% of the pregnant women have a paid job. This means that absenteeism is an enormous burden to society, given the fact that stress often results in long-term absenteeism from work. Therefore, all strategies and interventions that improve coping skills of childbearing women to face perinatal stress will reduce the burden because of absenteeism.

E-health interventions for mental health problems in general have become increasingly popular during the last decades. They are cheap and accessible to the whole population. Almost all women of childbearing age are familiar with internet. Mindfulness based interventions (MBIs) have shown to be effective in adults in general, and in those with specific somatic conditions such as diabetes. When delivered via internet, first trials show similar results. A recent meta-analysis of 15 RCTs showed that MBIs delivered through the internet had a significant positive effect on depression, anxiety, well-being and mindfulness. However, recent reviews on mindfulness interventions during pregnancy show an urgent need for more and extended RCTs during pregnancy.

The innovative character of the current project lays in the e-health approach and the use of the integrative birth care network that has been established in the perinatal consortium in the Brabant area during the past few years. The project is embedded in the Brabant Study (BS), which makes inclusion of eligible women easily feasible. Currently, there are no internet based mindfulness interventions available in The Netherlands for pregnancy distress reduction that have shown to be effective. 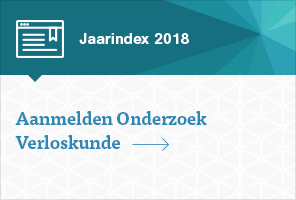